A true story of an underdog...

Chili is a four-year-old pit bull mix, that has had his fair share of hardships throughout his short four years of life. Here is his story.

Chili was born into Rescue 4 All’s, a local nonprofit animal rescue, care in March of 2014. He belonged to the second litter born at R4A, which was a littler of nine puppies.
​
At nine weeks, Chili was adopted out to a woman in the Spokane area. She was cooperative throughout the whole adoption process, agreed to and signed all of R4A’s adoption contracts. 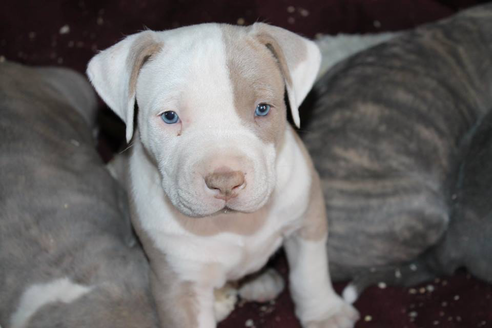 Chili at 9 weeks, when he was adopted out to his first home.
These adoption contracts consist of binding agreements, some of those agreements include the fact that the new owner cannot rehome the animal and if the animal goes missing, the owner must notify R4A within 24 hours.

The woman who originally adopted Chili, broke these agreements and rehomed him at just six months old. From the ages of six to nine months, Chili’s life consisted of him being passed around from nine different homes.

One of these homes happened to be a different animal rescue organization in the Spokane area. However, the organization failed to scan Chili’s microchip, which would have lead him back into R4A’s care. 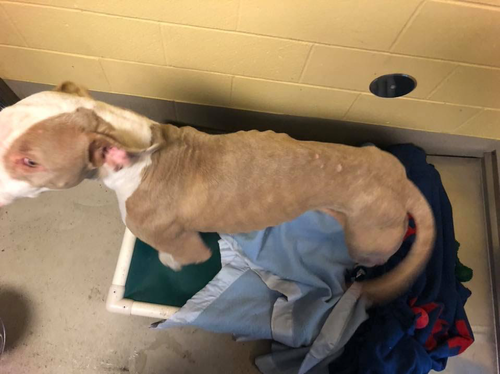 Chili in animal control services after being found on the streets of Bellingham.
By some stroke of luck, R4A was eventually notified of Chili’s state and began a two-and-a-half-month search for him.
​
Jamie McAtee, the founder of R4A, partnered with volunteers and previous adopters to track Chili down. They made countless phone calls, looked on rescue websites and in newspapers for any sign of him.

The R4A team believed that they found Chili in a home on the western side of the state in Bellingham. These people told McAtee they had been taking care of him and that they were afraid of losing their new dog.

In May 2015, after signing all the appropriate documents and agreeing to take care of him, these people officially adopted Chili.

However, in early December 2017, Chili was picked up by the Bellingham animal control center. After they checked his microchip, they alerted McAtee to the fact that they had Chili in their facility.
​
McAtee then proceeded to contact Chili’s owners, they told her that he had gotten lost and they hadn’t seen him in two weeks. They assured McAtee that he had already been picked up and was once again under their care.

Unfortunately, the day after this incident occurred, animal control called McAtee a second time to tell her they had found Chili and brought him in again.

This time McAtee had some of her previous adopters go and check out the situation. They found Chili completely emaciated, with wounds and scars all over his body, his fur was infested with fleas and had patches of fur missing.
​Once again McAtee contacted the owners, and as she spoke with them, they were unable to keep their story straight. McAtee immediately contacted some of her previous adopters, and they drove three hours to make sure Chili was safe.

In the following days after Chili’s rescue, these volunteers took good care of him. They fed him, walked him and took him to his vet visits.

These vet visits shed light onto how Chili had been living, he was completely malnourished and only weighed 73 pounds, a dog his size and breed normally weighs around 90 pounds. Chili was also prescribed antibiotics, after taking fecal samples from Chili, it was determined that he had giardia, a disease caused in animals by eating infected fecal matter.

After making sure Chili was able to make the trip, R4A volunteers helped him make his way back to Spokane. 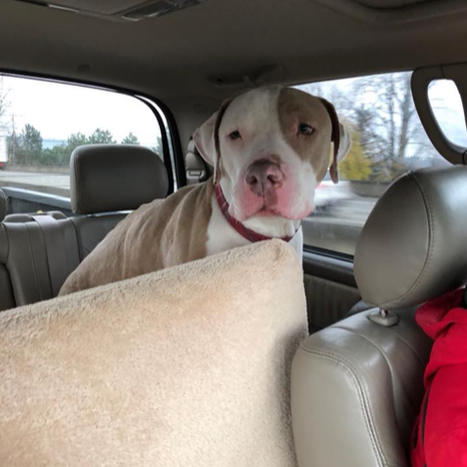 Chili on his way back to Spokane from Bellingham, WA.
Since being back in Spokane, Chili’s luck has begun to change. Previous R4A adopters have begun the process to adopt him. In early February 2018, they came to meet him and brought him home to meet their family and three other dogs. Chili then had a couple more visits with this family, and has now been adopted by this loving family.

McAtee's devotion and hard work has saved countless of innocent animal lives, Chili has been lucky enough to be one of those animals, "He will NEVER again go through the nightmare that he has been through. His microchip saved his life, and I am so thankful the universe brought him back to us." 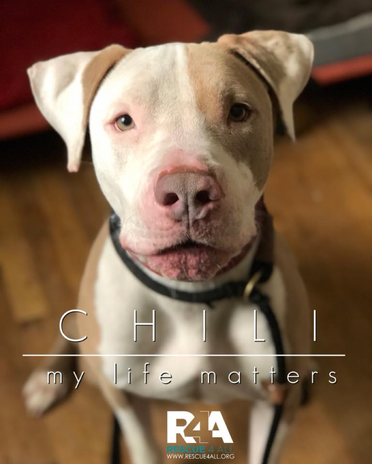 Help rescue more dogs like Chili by supporting Rescue4All!
Check out this video of McAtee telling Chili's emotional story here:
https://www.facebook.com/rescue4all/videos/1495922320489477/?fref=mentions​
All photos courtesy of Rescue 4 All.
By Alicia Castro